Top 4 Reasons You Should Get a Blind Spot Sensor

by Beyond the Showroom Gurus | May 31, 2019 | Blind Spot, Vehicle Protection Plans

This article will overview modern blind spot technology, and give drivers a better idea as to why adding a blind spot sensor to their vehicle is a smart, cost-effective way to improve vehicle safety and potentially save lives. Read on to learn more.

What is a Blind Spot Sensor?

Also known as a blind spot monitor, a blind spot detector is an addition to the vehicle that improves driver visibility and helps cut down on unnecessary collisions.

Blind spots are obstructions within a vehicle’s immediate vicinity, and can include obstacles, barriers, larger vehicles, and lighting or glare. Anything that reduces a driver’s vehicle awareness can produce a blind spot, which ultimately makes driving more dangerous.

The implementation of a blind spot sensor is an effective way to increase driver and passenger safety while reducing unneeded risk and liability.

Many modern cars and trucks now come equipped with sophisticated technology, and systems are now in place to add blind spot sensor to older vehicles.

Why Get a Blind Spot Sensor? 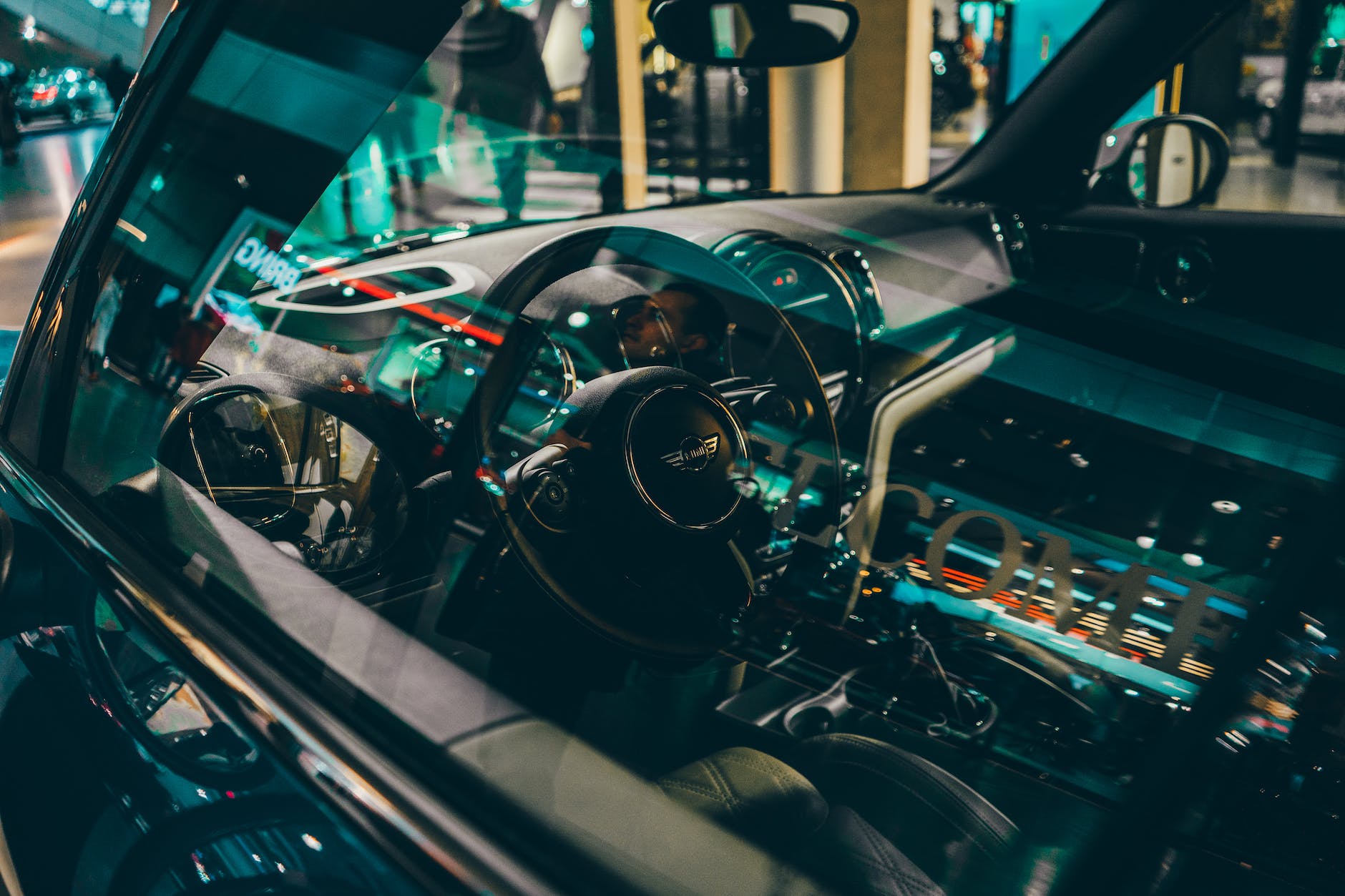 Recent studies by the National Highway Traffic Safety Administration (NHTSA) have concluded that over 800,000 accidents and more than 300 fatalities annually are related to blind spots.

The issue is that even when a driver is practicing safe driving, the potential for a blind spot-related accident still exists. Drivers simply can’t avoid collisions with objects they can’t see.

As an example, a six-inch obstruction in the back seat of a passenger vehicle can be enough to obscure a car in another driving lane. A sudden shift or lane change by a driver can cause a needless accident, simply because the driver’s vehicle awareness was ever so slightly impaired.

As another example, thick rain or fog can also obscure a driver’s vision. While it might be a point of pride for some drivers to forgo the added protection of a blind spot sensor, it’s inarguable that the technology has life-saving potential.

Even if a driver is alert and confident, a blind spot sensor is a fairly inexpensive way to give a driver added protection from obstacles that he or she cannot see or reasonably anticipate.

As you will read below, blind spots are an issue that auto makers are tackling aggressively. Different auto makers are applying and inventing different technologies to make the roadways better and safer. 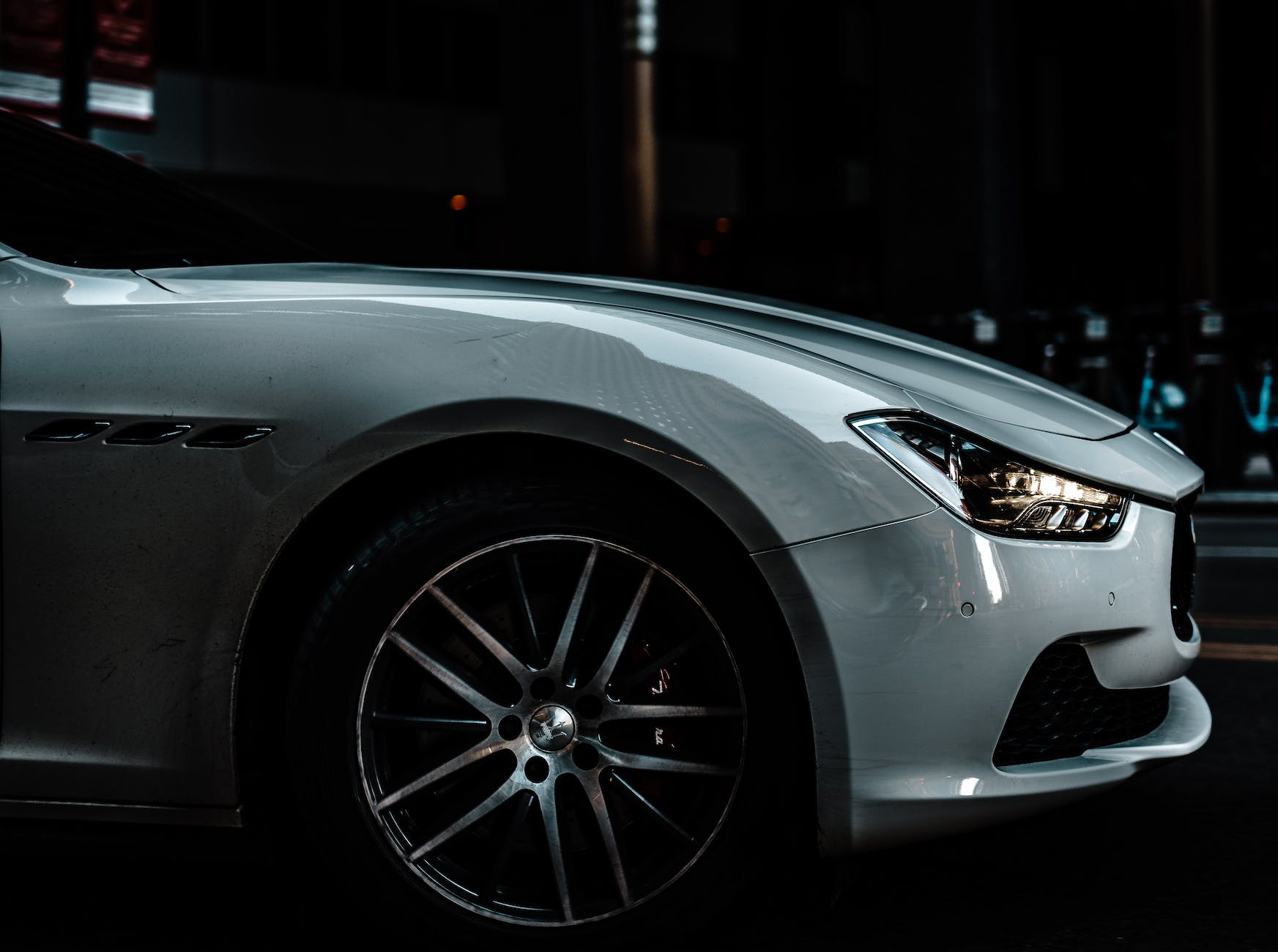 Blind spots have long been a fatal flow within automotive technology, as it has been traditionally difficult to construct a vehicle while granting the driver 360-degree vision.

Larger trucks and vehicles began to be equipped with additional side mirrors in order to give truck drivers better awareness and visibility. However, the same problems persisted, as mirrors rely upon the driver’s ability to spot and monitor other vehicles and potential obstacles.

More recently, auto makers have begun to incorporate a blind spot sensor into the construction of a given vehicle, and these collision detectors have been a boon to drivers everywhere.

The main divisions of blind spot sensor technology are cameras and radar technology. Auto makers incorporate different technology based on the cost and size of a given vehicle.

These different implementations can then be divided into another subgroup, that being active and passive blind spot detection.

Toyota uses a program called SafetySense, which has proven to be an extremely popular and effective blind spot sensor. The technology actively looks for obstacles and potential collisions, and now comes standard on most late model Toyota cars and trucks.

SafetySense (TSS) pre-detects collisions and watches for pedestrians with an integrated camera and radar system. The system incorporates a Lane Departure Alert, automatically toggles between low and high-beams based on the situation, and uses a Lane Tracing Assist program to better help drivers navigate poorly-marked roads.

Toyota has received a ton of praise for their innovative TSS system, and Toyota vehicles such as the Rav4, Camry, and Corolla have won awards as the IIHS Top Safety Pick for 2018.

The truck division of Mercedes-Benz, Daimler, developed a technology in 2014 that allowed collision detection on an unobservable part of the vehicle.

The Mercedes-Benz Blind Spot Assist system was developed to alert drivers to danger when navigating corners, also factoring the trajectory of tow-behind vehicles such as trailers or campers.

The Blind Spot Assist program also alerts drivers to lane changes, or if a moving object is present on a given vehicle’s passenger side.

The system was extremely innovative, and has since been copied and implemented by a number of other truck manufacturers.

As you can see, auto makers have been proactive in addressing the blind spot problem with the advancement and development of new technology.

As noted above, many late-model cars and trucks now come with sophisticated blind-spot detection systems. But there are numerous reasons why drivers of older cars should consider the benefits of adding a blind spot sensor to their vehicle.

If you are still unconvinced, consider these top 4 reasons for adding a blind spot sensor to your vehicle: 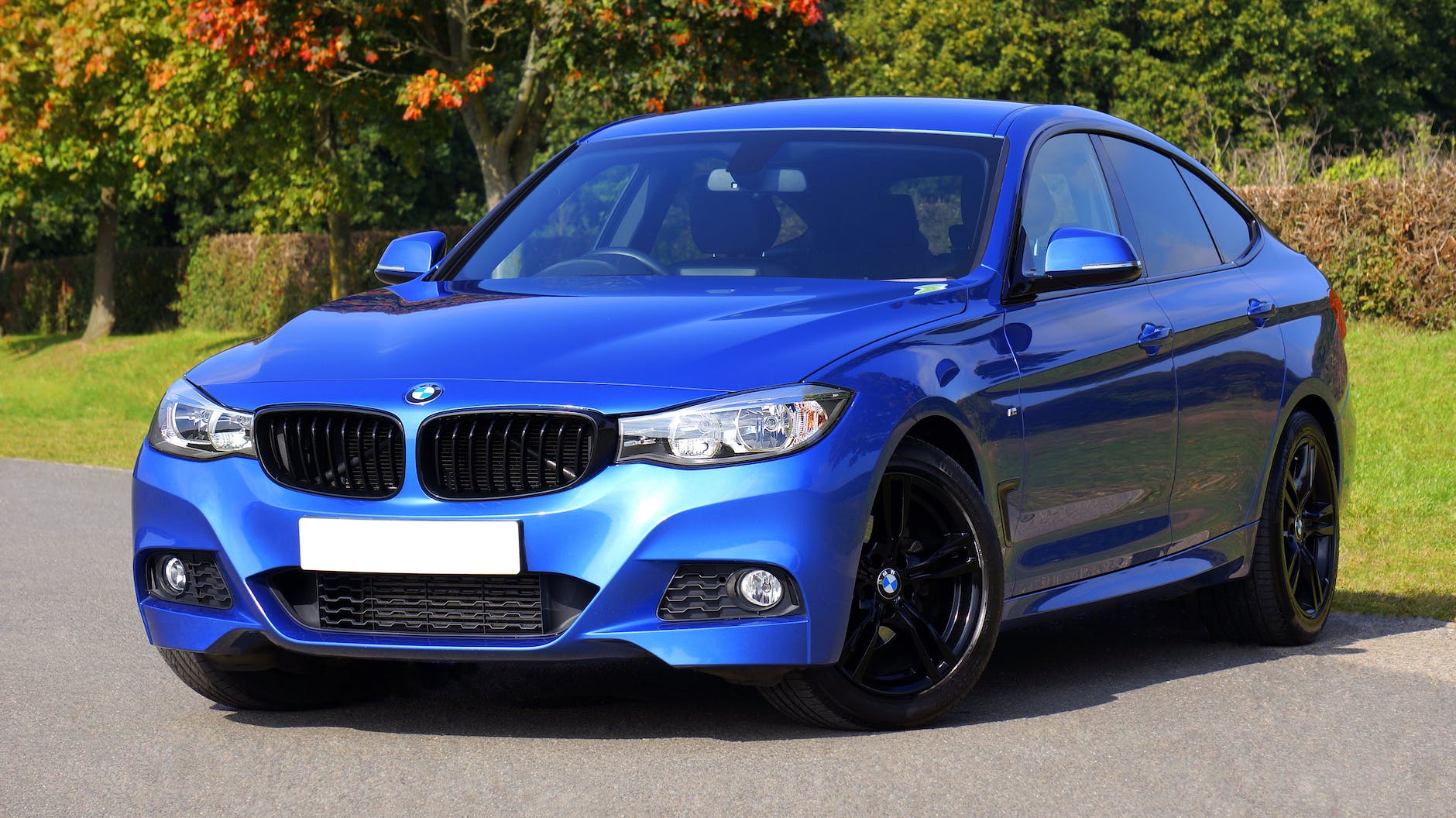 Blind spots are generally a bigger issue as a vehicle’s size increases, not only from the perspective of the vehicle driver, but also from the amount of damage a larger vehicle can potentially cause to an unseen vehicle or pedestrian.

Companies such as Xvision now offer aftermarket blind spot sensor kits for commercial trucks, which in addition to potentially saving lives can protect a company or individual’s investment in a larger transport vehicle.

Xvision has developed a number of technologies including Vehicle Powerline Communication (VPC), ultrasonic sensors, and DataCAN technology, all of which coalesce to alert truck drivers to potential obstacles.

The company developed a unique technology for rear blind-spot detection called Xvision rear protect. This permits any commercial truck equipped with an Xvision display to work with any trailer using the VPC rear system, maximizing value for the investor.

There are innumerable companies like Xvision that offer blind spot sensors with different capabilities within different pricing tiers. In many cases, the necessary sophistication of a blind spot sensor comes down to vehicle size and total vehicle length with a trailer. 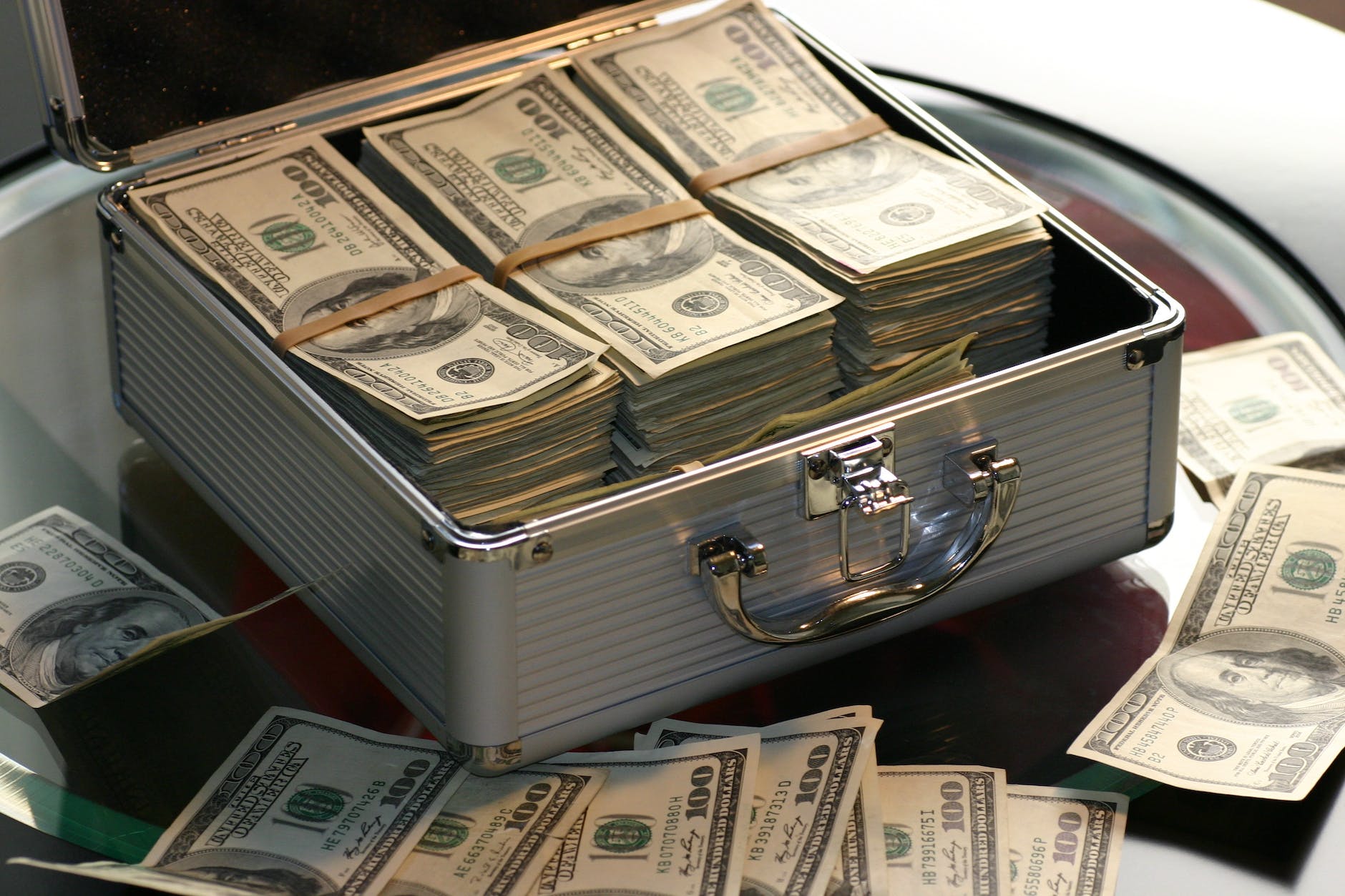 The investment cost of an average blind spot sensor is significantly lower than the average repair bill.

Like any other product, aftermarket blind spot sensors vary greatly in price. Simpler products such as the Brandmotion Radar Blind Spot Monitoring Cross Traffic Detection System can be added to a vehicle for under $100, while sophisticated systems like the PreView Plus Blind Spot Detection system can cost upwards of $2000.

But the cost of these add-ons needs to be factored against the cost in vehicle repairs they can potentially save an owner or driver.

Motortrend and the IIHS found that the average fender-bender can cost anywhere from $3000 to $10000 for a 6 mile-per-hour front bumper collision.

In the study, the IIHS found that the lowest repair bill for this type of collision – very slowly bumping into a stationary object – was still over $1000.

Repair bills obviously fluctuate with the vehicle and circumstances, but these numbers are sobering for most drivers.

The potential cost savings of adding a blind spot sensor can be profound compared to a trip to an auto body shop, and something drivers would be wise to factor moving forward. 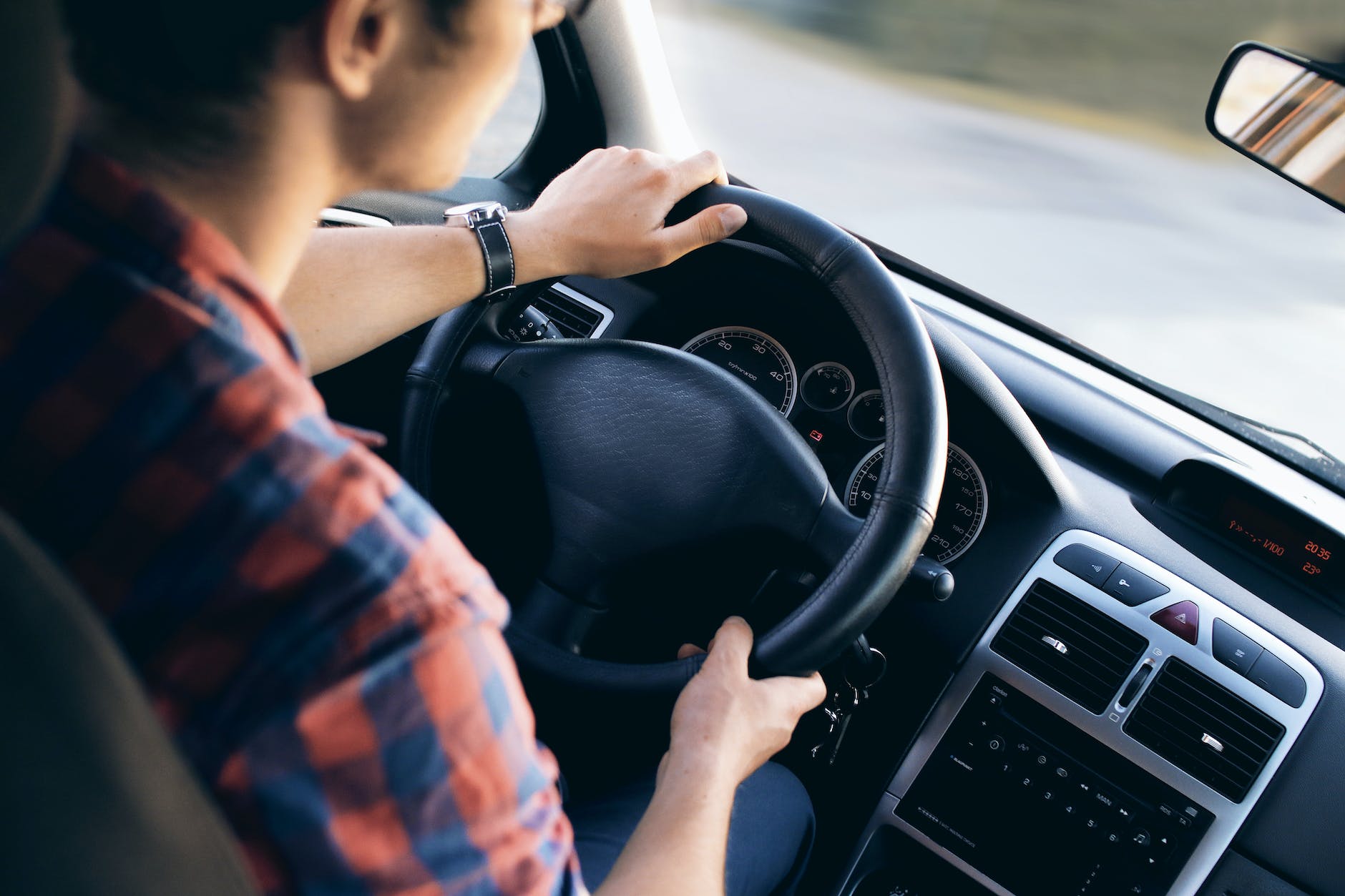 It goes without saying that a blind spot sensor undoubtedly improves the safety of any vehicle. While some drivers find the sensor alerts to be pesky or irritating, the fact remains that blind spot sensors prevent collision by an incalculable degree.

The IIHS repeatedly states that blind spot collisions are often very preventable. Human error is a reality, even for the most alert driver, and the addition of a blind spot sensor is becoming as common as the use of a seat belt.

In fact, as safety standards increase, blind spot sensors might be mandatory additions to vehicles in the not-too-distant future.

4. Wave of the Future 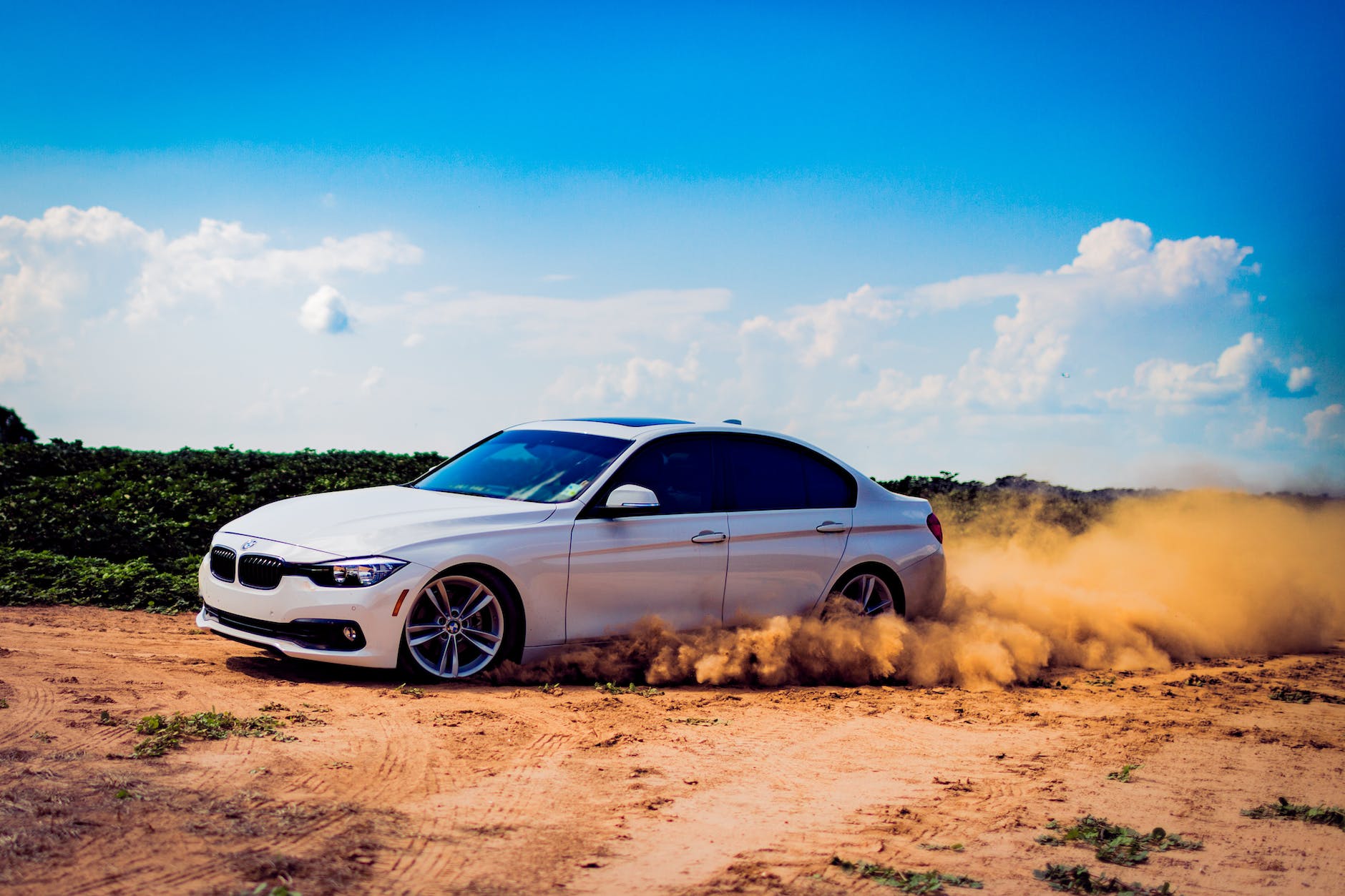 As of May 2018, the United States government now requires all new vehicles to include backup cameras, based on the finding of the NHTSA.

One study from the NHTSA concluded that backup cameras will save 50-70 lives every year, as the cameras reduce rear blind-zones by 90 percent or more. This information was solid enough to mandate the inclusion of backup cameras on new cars.

While there is no legislation in place mandating the addition of blind spot sensors to older vehicles, the next generation of drivers will hit the road with backup cameras already added to their vehicles.

Given that blind spot technology will be as common as automatic locks within the next few years, it might sway some drivers, owners, and parents to get a jump on things by adding an aftermarket backup camera or blind spot sensor to their current vehicle.

Adding a blind spot sensor to your vehicle is a smart idea for a lot of reasons, including those outlined above.

Whether you want to improve vehicle safety for yourself or loved ones or wish to reduce liability, the cost of a quality blind spot sensor can be a drop in the bucket, and a very worthwhile investment.